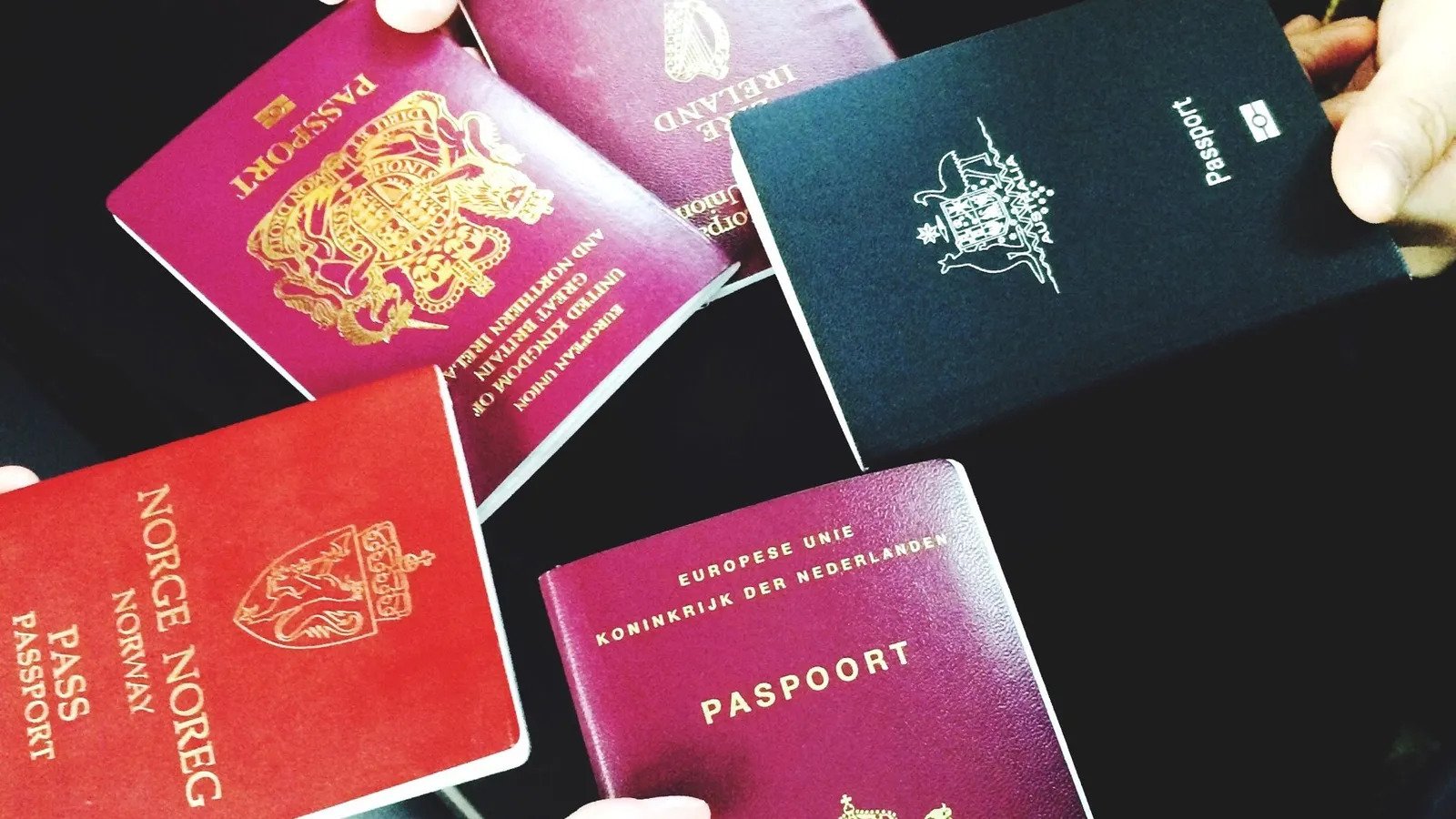 Why citizenship is now a commodity

As more people are willing to move countries for opportunity and stability, anti-immigration policies and tightened borders are prompting a rise in ‘citizenship for sale’.
On a recent flight, I was idly flipping through the inflight magazine, when I came across an unusual advert promising “a unique strategy to safeguard your future prosperity and security.”

The advert was plugging what it called “citizenship by investment.”

I’d heard of citizenship-for-sale initiatives in the past, and – prompted by the ad – I briefly wondered whether a second citizenship beyond my American one was something I might need. Is this something that people other than the uber rich are considering, and for reasons other than tax optimisation? And if so, why?

As more countries tighten their borders and paths to immigration, a new industry is working to bypass those restrictions – for a hefty fee
“The global rise of populist movements, together with an ever-increasing sentiment towards the creation of insular societies have all contributed to the unpredictability of our rapidly changing world,” explained the advert.

As more countries tighten their borders and paths to immigration, a new industry is working to bypass those restrictions – for a hefty fee.

A desire to stay global

Investment citizenship programmes are not new. They’ve been around for decades, primarily as a way for countries to boost their incomes. Canada and the Caribbean island of St Kitts and Nevis started theirs in the 1980s and the US and UK began similar ones in the 1990s.

The specifics of different investment citizenship programmes vary by country. They allow foreigners to invest in real-estate projects and businesses, buy property, or to donate money directly to a country’s government in exchange for a visa or passport.

It only attracted a few hundred participants in the beginning. But, by 2009, backed by a marketing campaign, passport holders of the island nation were given visa-free access to the 26 Schengen area countries and demand increased rapidly.

The industry has seen huge growth in recent years. 2014 marked the first year that the US ran out of immigrant-investor visas before the end of the fiscal year.

London-based CS Global Partners, the consultancy firm that made the inflight-magazine advert I read, shepherds investors through the legal process of procuring a passport through investment. The firm says interest in their services has grown fourfold in the past year.

“We are definitely seeing big shifts,” says CEO Micha Emmett. “The traditional market still exists – very much so – but we’ve seen [people from] countries that were never interested in second citizenship by investment options before now coming online making inquiries. For example, we saw a 400% increase in enquiries from Turkey in March.”

Events including the decision by Britain to leave the European Union and the 2016 US Presidential election are driving new interest.

“In terms of what happened in the UK with Brexit, on the day that the vote was announced, our phones rang off the hook, I was approached in the street by people, there was a very apparent panic,” she adds.

Wealthy, private investors from emerging market economies are driving the trend, according to The International Monetary Fund.

Data from the controversial EB-5 visa programme in the US, which allows foreigners to invest in real-estate projects in exchange for a fast-tracked green card application, shows the demographics are shifting, according to Peter Joseph, executive director of Invest In USA, an industry trade organisation for the programme.

“We are seeing a few countries adding to a diversifying trend. China is the predominate source [of applicants], making up about 80%, but places like Vietnam, India and Brazil have been sources of growth in the past few years,” he says.

Paul Williams of La Vida Golden Visas, which specialises in second residency and citizenship within Europe, works with clients from over 50 countries. Since Britain voted for Brexit, he says, he has seen an interest from UK citizens for the first time.

The most well-known programmes are in the Caribbean, where white sand beaches, low investment minimums, non-restrictive residency requirements and quick processing times combine to attract investors.

For example, to become a citizen of the Caribbean island of Dominica, which sits between Guadeloupe and Martinique, you’ll need an investment of $100,000, with no requirement to spend any time on the island and no wait-time.

The IMF says Citizenship by investment programmes amounted to 14% of St Kitt’s GDP in 2014, and other estimates say the programme may have accounted for as much as 30% of the government’s revenue in 2015.

Joseph says the EB-5 programme is hugely valuable for the country, delivering over $1 billion dollars to the US economy each quarter.

Although the US caps the total number of visas granted each year through the programme to 10,000, the number of applicants has no limit. Interest, it seems, doesn’t either. “There are currently over 23,000 investor petitions for a visa number.” Joseph says, “That’s just how many that are pending right now.”

For as little as $50,000 (in Latvia) or as much as $10 million (in France), foreigners can buy legal status to live, work and bank in a number of countries. Perhaps more importantly, by extension, they buy access to visa-free travel to countries around the world.

In a globalised world where political isolationism is paradoxically on the rise, this freedom of movement is an attractive element of such schemes.

Andrew Henderson, an American entrepreneur and founder of the Nomad Capitalist, a blog, podcast and consulting company, has four passports and is working on his fifth. Multiple citizenships provide him with a multitude of entrepreneurial options, he says.

He says investing in programmes in the African archipelago of Comoros and the Caribbean Island of St. Lucia give him more opportunities and lower taxes.

“For me it’s about how I could have better options, better tax treatment, better treatment as a person and get the same visa free travel.” he says, adding that he expects investment citizenship to rise.

“I think the world is going more nomadic. People don’t want to be in once place. They want to have one or two or three bases for lifestyle reasons and pay reasonable taxes, and that’s what becoming more accessible.

Most of our clients do not go and live in the country they invest in. They see it as more of an insurance policy
While not everyone with multiple citizenships will reside in multiple nations, Williams says the industry can be viewed as a barometer of turmoil in the world. He says many of the investors he works with see these programmes as a safety net.

“Most of our clients do not go and live in the country they invest in,” he says. “They see it as more of an insurance policy. They know that they’ve got that second residency, so if they ever have to jump on a plane they’ve got that option.”

Your country for sale

Such programmes aren’t without controversy.

Afterall, should citizenship be for sale? Detractors say no.

Earlier this year in the US, two senators, Dianne Feinstein and Chuck Grassley, introduced a bill to get rid of the EB-5 programme, arguing that it is too flawed to continue.

“It is wrong to have a special pathway to citizenship for the wealthy while millions wait in line for visas,” Feinstein said.

Detractors also argue these programmes unfairly favour the rich and are unattainable for everyone else. They also cite concerns about money laundering, criminal activity and backdoor access to countries that circumvent normal immigration systems.

Indeed, the intersection of large sums of money and international real estate deals is ripe for fraud.

Just this month an FBI Investigation uncovered a $50 million visa fraud operation involving Chinese investors in the EB-5 programme. And in April, the Securities and Exchange Commission brought charges against a man in Idaho who they say spent Chinese investor’s money on new homes, cars and a zip line for himself rather than the real estate projects it was meant for.

The St. Kitts and Nevis programme ran into trouble with the US Treasury Department when suspected Iranian operatives were caught using their St. Kitts passports to launder money for banks in Tehran in violation of US Sanctions.

In a world where borders are closing, demand for these services will most likely continue to grow
Controversy surrounding the US EB-5 programme reached the upper echelons of the White House as the Kushner family’s real estate company was accused of conflicts of interest for using Presidential son-in-law and senior advisor Jared Kushner’s name in a pitch to lure Chinese investments in a New Jersey property development. And the programme’s reputation for shady deals is not going away.

But in a world where borders are closing, demand for these services will most likely continue to grow, experts say.

‘Things are uncertain, but they can’t do anything about it now since they are still European residents,” he says. “In two years time, if the UK does end up with the same access to the EU as America, say, then a lot of people will be wanting to do something.”

To comment on this story or anything else you have seen on BBC Capital, please head over to our Facebook page or message us on Twitter.

The American technology consultant company has recently elected 21 places around the world considered to be hotbeds of innovation, as well as affordable and enjoyable places to live in.

Lisbon was one of the cities recognized as a must-live aspirational tech innovator. Not only the Portuguese start-up ecosystem has been growing sharply, turning Lisbon into one of the biggest start-up hubs in Europe, as it is also easy to have access to private capital in the country, which is an important concern for investors and entrepreneurs. Foreign investment is booming in Lisbon and it tends to continue in this direction.

2020 was a year where we learned we could work from almost anywhere in the world and have the same, or even better performance. Portugal has become a magnet for the growing era of talented digital nomads since last year. Proof of that is the election of Portugal as the perfect hotspot for digital nomads.